Beware of these developments and risks in cybersecurity

Hackers and cyber criminals are increasingly finding new targets and improving the techniques they use to break through cyber defenses, steal private data and damage or disrupt computer systems or networks. In order to defend yourself from these threats, you need to know exactly what the threats are and how they are changing.

Below are some disturbing developments in cybersecurity to look out for.

Ransomware, a form of malicious software that threatens to publish or perpetually block access to victim data unless ransom is paid, has contributed to a rise in cybersecurity activities. There is always something in place to offset the weight of the threat. Either cyber criminals up their game, or people in the cyber-security world are raising their fighting strategy.

Expect the evolution of ransomware, since it doesn’t get away that quickly. And if you don’t take action, it can wreak havoc. The worst part is, you might not be able to get rid of it without the so-called “ransom.” Some cyber criminals behind the production of ransomware get their way (what they planned), such as destroying the infrastructure of the entire company. You should look to devise new ways of mitigating and removing this hazard. 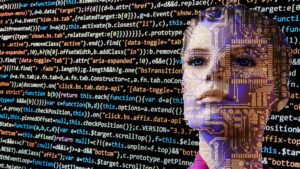 Imagine the AI that defends you from malware attacks in real time. When you inevitably have to go on a pee break, the AI you’ve invested in is busy stopping the incoming malware attack dead in its tracks. By the time you’re back, you wouldn’t know what’s going to strike you, and it’ll be like nothing dangerous happened when you’ve been away for a while.

If it weren’t for an AI, the virus would have been downloaded to your device, and things might have started to go awry. Believe it or not, robots are likely to be our strongest tool against a new wave of cyber threats. But are we investing in competent AI at this point?

For many people, the Internet of Things (IoT), described as “a network of physical devices, vehicles, home appliances and other electronics, software, sensors, actuators, and connectivity that enables these objects to connect and exchange data,” is a blessing. But if you look at it objectively, this is a risky place to play. It’s useful on its own IoT, but if a virus or malware reaches it, life as you know it might stop or turn upside down—cue in Terminator movies.

You’ve got your vehicles, refrigerators, houses, medical and health records linked to IoT. We don’t even want to consider a situation where all this confidential information is in the wrong hands. The IoT violation would be catastrophic. According to some experts, the chance of an IoT hack or the possibility of an attack is 70%. This is a huge amount not to be taken lightly.

Blockchain, described as an ever-increasing list of records (called blocks) connected and protected by cryptography or encryption, has revolutionized the world for the better. It’s the technology behind famous virtual currencies like bitcoin. However, Blockchain Software has also opened a path for cyber criminals to steal their crypto coins.

Since cryptocurrency is all online without any physical trace, cyber attacks will make it useless. The ideal way to combat this threat is to use two-factor authentication when logging into your wallet. Moreover, it appears to be a challenge for cybersecurity experts to come up with ways to properly protect Blockchain technology against these intruders.

A Trojan is a computer program or computer coded instructions for a particular purpose that appears to be harmless. In reality, however, the Trojan is trying to protect your data for malicious purposes. If you’ve heard stories in the news about a big company being targeted by hackers and losing a lot of customer information, this is often the product of a trojan. Unfortunately, cybersecurity experts expect that Trojans would be bolder and more indiscriminate in their assaults.

Trojans target individuals, too. You can visit a website and be told that your computer is infected with a computer virus or that you need files to be cleaned up. You are prompted to install free software that will clear the infected files, but it may not be as free as you think. The Trojan generates a file on your machine that collects your keystrokes, or the words you write, and sends the details to the hacker. Since people collect very sensitive financial data, it can cost you or your business millions of dollars. Always beware of these cyber threats and be as clear of them as possible.