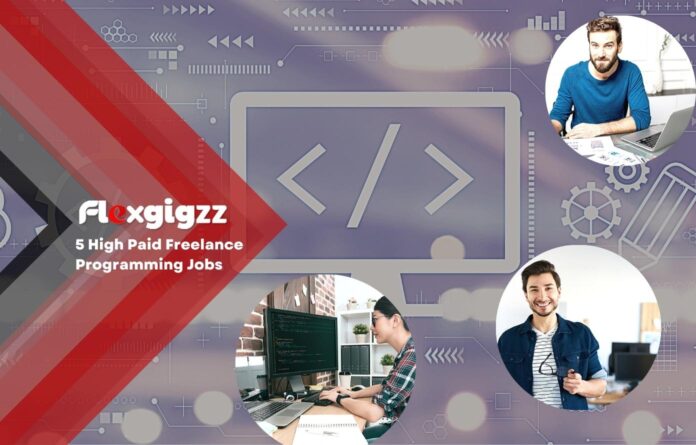 Programming jobs are in high demand in today’s industries, and there are several opportunities in disciplines such as data science, freelancing, and so on. Despite the fact that the majority of them are filled of developers, there are many opportunities for novices or new people in the other disciplines. In this article we are going to list down the 5 High Paid Freelance Programming Jobs in 2021. The category of High Paid Freelance Programming jobs is those that pay $50,000 or more per year. There are only 37,000 workers in the ISOs and Authorizations who earn an average of $50,000 per year.

If you are into tech related person and planning to shift your career as a programmer, you must check below list.  You can choose  which programming career that most suits you and feasible for you to learn. If you aregood in Python and R you can become a data scientist. If you are good in PHP , CMS and has a good sense of art you can become a web developer.

With the average earning $60,000 to $120,000 annually  it is the most common and also one of the highest-paying jobs in the world of programming. It is also regarded as a classic programming career. Custom and helpful software is created by software application developers for businesses or commercial use. It necessitates knowledge of coding and programming languages, which is required for the majority of programming professions.

If you are an expert in coding and programming and want to start a freelancing job, you can check  Upwork , TopCoder and Flexgigzz. 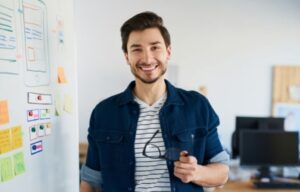 Data science is a multidisciplinary field that employs scientific methods, procedures, and systems to extract knowledge from raw data and apply that knowledge in practical contexts. It is regarded as a rapidly emerging scientific discipline that is also extremely demanding in several domains. Data scientists assist businesses and clients in developing practical plans and applications by locating, analyzing, and hypothesizing data. The average income of data scientist is $52,000 – $160,000 annually.

Data engineers are specialists that construct data infrastructures for data scientists to study for a variety of applications. Data engineers are recruited by clients in numerous sectors, such as freelancing, to work for their firms and businesses while earning a solid living. It is one of the highest-paying freelancing professions requiring programming and data expertise (knowledge of data algorithms and structures). The average income of data engineer is $57,000 – $120,000 annually.

It is a widespread and moderately difficult job on freelance markets. Web developers code, design websites, and are also in charge of their development, whether as a freelancer or as part of an IT company. For programmers with a good pay, it is considered a stable career. The average income is $50,The average income is $50,000 – $100,000 annually.  You can start to upload your profile and portfolio on Flexgigzz.com  to market your web development service. 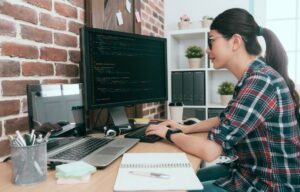 It is yet another well-paying career in the field of data science. Data analysts collect information from many sources, interpret it, and analyze it so that it may be used by businesses and organizations. And it necessitates some necessary abilities, such as those of data scientists and data engineers. The average income of data analyst is 40,000 – $100,000 annually.

So interested to have career in one high paid freelance programming jobs ? You must  prepare the skills  needed to be a programmer.  Besides that, it is important for you to build your portfolio either you have your own website or a Github page.