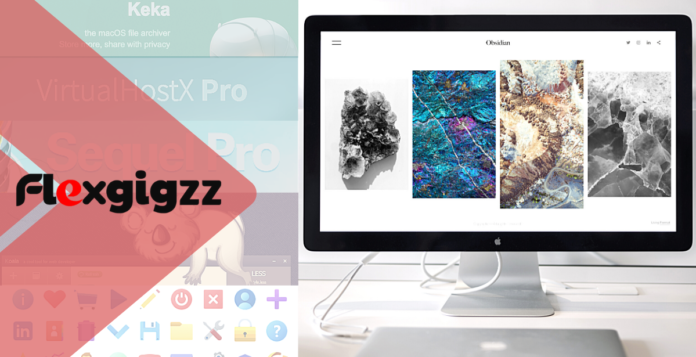 Applications are essential factors for improved productivity for  freelance web developers.  Without getting the right ones, it could take a lot of time for a developer to create a single website. For any platform, there are several applications for web creation.

If you are using mac, then these are the best OS X applications that you can have in your toolbox for web creation. These softwares are completely free, so you don’t need to spend more money.

Most of the downloaded file packages are either compressed in zip, rar, or tar format, enabling distribution of multiple files. Although the Mac has a built-in feature for these formats to be extracted, it is very restricted.

Keka is a free OS X open-source file compression and extraction program. It supports the above three formats and different compression formats, including 7z, Gzip, Tar, DMG, and ISO, and can also extract formats from RAR, EXE, CAB, and PAX.

VirtualHostX was started as a plugin for “Internet Sharing”. It is a feature that OS X Mountain Lion has been removed by Apple from System Preferences. This choice allows you to switch the built-in macOS Apache Server on and off. You can also host your websites in the localhost environment.

VirtualHostX has now developed into a very strong local host environment management program. Some of its features include modern macOS UI enhancement, development and sharing of a public URL to access the localhost web, installation of Let’s Encrypt free SSL certificate, and built-in backups.

Koala is a method for compiling the browser-compliant formats of LESS, Sass, Compass, and CoffeeScript. If you use one of these trendy technologies, then Koala is an app that you can run on your Mac.

The most popular open-source database used worldwide may be MySQL. There are several websites that rely on MySQL to store their databases, including open source projects like WordPress. If you’re on OS X and want to handle MySQL databases, then the best choice for the job is Sequel Pro.’

Sequel Pro is a Cocoa-built, native OS X framework and has a nicer Interface compared to similar applications. You can build, delete, export, import and filter databases, create MySQL users, and run MySQL queries through the app.

If you need plenty of icons you can install. In the menu bar, Icons8 adds a new icon where you can browse through its 2800 icon sets. Then, on any application like Photoshop, Xcode, or Finder, you can position the selected icon.

You can either use a real cell phone or tablet or simply use a simulator program such as the iPhone Simulator if you need to test your websites for a mobile platform. However, you first need to install Xcode from the AppStore to get the iPhone Simulator.

Inside the Xcode program, the iPhone Simulator is deeply buried. So, you can run the following command to launch it right from the Program folder for easy access.

You need to install Dash on Devdocs to memorize each code and syntax from all languages. Dash gathers HTML5, CSS3, jQUery, Sass, LESS and a bunch of other programming languages for documentation.You can search everything in one place through their documentation, finding codes, syntax, functionality, as well as code snippets.

If you are a developer, however, you may need to go the extra mile and test your website for different versions of the browser, including the Nightly Builds and Trial versions. So you will also need Firefox Nightly, Firefox Aurora, Chrome Canary, Chromium, and Opera Next in addition to the standard browsers.

Poedit is a .po file editor which is commonly used to internationalize websites, converting the user interface of the website into multiple languages. If you are creating websites or products for foreign markets, such as WordPress themes and plugins, then Poedit is a must-install app.

Automator has been pre-installed with OS X. This program allows you to automate tasks by creating a context menu to rename batch files, alter file extensions, generate thumbnail images, crop several images at once, and much more. Automator could be a great companion tool for streamlining your workflow for web growth.

Get the side hustle as a freelance web developer. Join Flexgigzz global community now!. You can also get a special package for online courses on 16-30 Nov.

What You Should Know Before Becoming a Freelancer