Having a Thriving Freelance Career After Being Laid Off 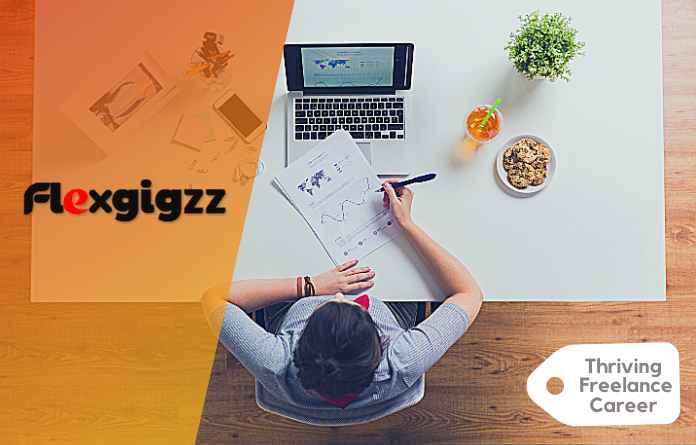 Being laid off is not easy. Especially if you already spent some years on that office.  One of the millenials  has turned that grieve into opportunity.   Mandy Shunnarah was a customer service for six years.  Then in September 2020 she was laid off from her job. That’s the beginning of her start a thriving freelance career after being laid off.  As she always wanted to write full-time and had been freelancing as her side hustle for years. That’s when she took her severance money from her previous employer amounted $20,000 and make it as a capital.

Quoted from Business Insider, Mandy said that “I went through the stages of grief very quickly.  ‘Oh my God, I’m suddenly unemployed. What am I going to do?'”

“Then, I realized, ‘It’s during the pandemic, no one’s hiring really right now. Maybe I should make a go of this self-employed thing.”

Mandy used her severance towards bill and mortgage payment for four months. So, she could focus on start freelancing.  She also put her money on her online vintage shop that support her income and made sure her credit cards were paid off.

Mandy  made decision  to use the severance money to invest in herself, rather that saving for long term goals.  Mandy said “I was thinking, ‘How can I build up my client base and really get it out there that I’m accepting work.’ And I’m doing these things so that by the time that ‘severance startup capital’ runs out, I’ll be fully sustainable. Once I started thinking about it like that, it was an absolute game-changer.”

She was inspired by seeing this money as an investment in herself rather than money from a layoff. “I’m happy to report that my perseverance paid off. Within four months, I was making money, and it has continued to develop since then “she said

She’s worked to make her writing career as successful as possible, working with clients on projects ranging from magazines to copywriting. And her vintage shop helps add as second income that’s more passive than writing.

Mandy also said that, “It looks like I’m working twice as many hours as I did at my old day job and making half as much money. But I do not care because I’m so, so happy,” she told Insider. “I took that severance and I bought myself freedom.”

There are a lot of things that you can do as a side hustle and freelancing is one of the promising careers that you can choose. You can invest in yourself to upgrade your skill before have Thriving Freelance Career. you can have professional online courses at Soho Learning Hub, then once you master the skill you can start freelancing on Flexgigzz.com

You may be wondering which programming language to learn if you're trying to advance in your career or change careers entirely. After all, learning...
Read more

If you are a full-time software developer you might felt slight envy when you see a developer that goes freelance. Many freelance developers earn...
Read more

Time is a valuable commodity. Time is the factor that decides how much you can accomplish in a day and sets your pay rate,...
Read more

Freelance Marketplaces Trend Creating the Future of Work in India

The demand for recruiting freelancers has increased in recent months like never before in India. Because of the current state of uncertainty, companies appreciate...
Read more

4 WordPress Plugins That Turn Website into a Mobile App

Any major publication or company that you see online may have a mobile version of their website. Having a mobile presence, whether it's a...
Read more

How to Become a Freelance Video Game Designer

Some video game designer earned the bachelor degree, about 60% of them according to O*NET OnLine.  While others had taken some courses about game design and development.  So,...
Read more

5 Success Entrepreneurs Who Starting as Freelancer

Despite having similarities freelancer and entrepreneur are different. Freelancers just care about doing work and being paid for it, whether by the hour or...
Read more

Reasons Why a Freelance Programmer Need a Marketing Plan

If you are a professional computer programmer looking to advance your profession, you must look into your current field. Despite your experience and technical...
Read more

For fresh graduates looking for jobs during a pandemic is not easy because you cannot easily go outside while the companies also applying for...
Read more

In recent years Python as a programming language has been widely discussed and used by both senior and novice developers. Python is known for...
Read more