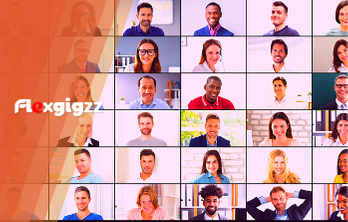 According to a study conducted by global staffing company Robert Half, 34% of professionals working from home due to the pandemic would rather leave their job and search for one with more flexible remote work policies if their boss told them they had to return to work full time. In other word most remote workers won’t back to office and prefer quit from their current job.

As the world begin to recover from pandemic, life slowly goes to normal with the spread of vaccine.  But when this pandemic over and 80% of global population got vaccinated, the workers feel reluctant to going back to office life.

According to a Robert Half press release, 49% of workers would prefer a hybrid job arrangement that included some time in the workplace and the freedom to work elsewhere most of the time.

The advent of remote work has altered the face of business and, in some cases, brightened the outlook for workers who are tired of fighting traffic during their morning and late afternoon commutes. All of those workers hope that their employers will continue to support this current work-from-home reality even after the pandemic has passed. Most remote workers won’t back to office and prefer quit from the job, if their employers demand them to back to office.

Employers are concerned about remote jobs, but employees are concerned about the difficulties of operating from home. For example, 28% are concerned that their relationships with colleagues will suffer, and 20% feel that they will have less chances to advance in their careers if they aren’t in the workplace full time where employers will see them.

Employees Returning to the Office Have Demands

What would employers do to entice highly qualified employees back to work? According to the survey results, ping-pong tables and craft beer aren’t going to cut it this time.

The 1,000 workers surveyed said they want the freedom to schedule their own work hours as well as a private office with less distractions. These Employees often prefer a more laid-back dress code, which they have had for more than a year when working from home. This is the reasons why most remote workers won’t back to office and prefer quit.

Other demands included making their employers pay for their travel expenses and childcare costs, perhaps even delivering onsite childcare.

You may be wondering which programming language to learn if you're trying to advance in your career or change careers entirely. After all, learning...
Read more

If you are a full-time software developer you might felt slight envy when you see a developer that goes freelance. Many freelance developers earn...
Read more

Time is a valuable commodity. Time is the factor that decides how much you can accomplish in a day and sets your pay rate,...
Read more

Freelance Marketplaces Trend Creating the Future of Work in India

The demand for recruiting freelancers has increased in recent months like never before in India. Because of the current state of uncertainty, companies appreciate...
Read more

4 WordPress Plugins That Turn Website into a Mobile App

Any major publication or company that you see online may have a mobile version of their website. Having a mobile presence, whether it's a...
Read more

How to Become a Freelance Video Game Designer

Some video game designer earned the bachelor degree, about 60% of them according to O*NET OnLine.  While others had taken some courses about game design and development.  So,...
Read more

5 Success Entrepreneurs Who Starting as Freelancer

Despite having similarities freelancer and entrepreneur are different. Freelancers just care about doing work and being paid for it, whether by the hour or...
Read more

Reasons Why a Freelance Programmer Need a Marketing Plan

If you are a professional computer programmer looking to advance your profession, you must look into your current field. Despite your experience and technical...
Read more

For fresh graduates looking for jobs during a pandemic is not easy because you cannot easily go outside while the companies also applying for...
Read more

In recent years Python as a programming language has been widely discussed and used by both senior and novice developers. Python is known for...
Read more