Skills to Become a Freelance Back End Developer 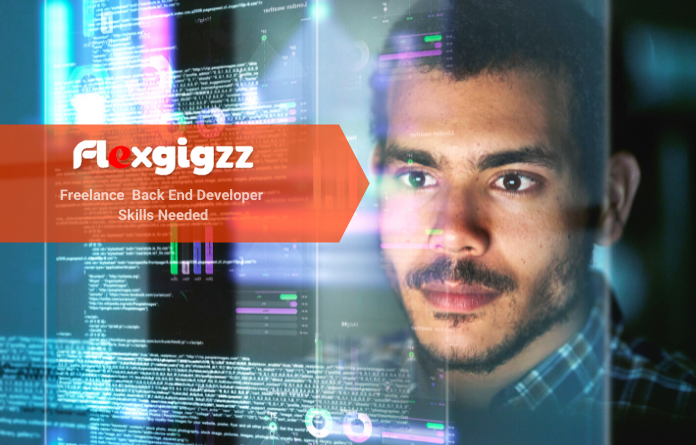 What Back End Developers Do?

It is the job of the back-end developer to ensure that a software can give any desired data or information. These programmers have additional responsibilities as well. They keep key databases up to date, manage application program interfaces (APIs), and test and debug back-end processes to guarantee that a program runs smoothly and efficiently at all times.

While front end developers are responsible for the visible aspects of a website, such as its design and functioning, back-end programmers are responsible for the aspects of a software application or information system that the average user never sees. If it sounds complicated, do not fear, because if you already have the curiosity what’s behind a website, then it counted as the first step. The next step is you must know the skills to become a freelance back-end developer.

The first list of Skills to Become a Freelance Back End Developer is Python. If you want to work as a back-end developer, you’ll need to brush up on your Python skills. While the popularity of the language is well-deserved. Python’s syntax has been used by well-known industry heavyweights such as Spotify, Instagram, Disqus, and Dropbox to build their apps.

Python allows programmers to use procedural, functional, and object-oriented programming techniques with ease. The language’s capability for large data libraries simplifies visualization and speeds up development. Python is also relatively simple to learn. 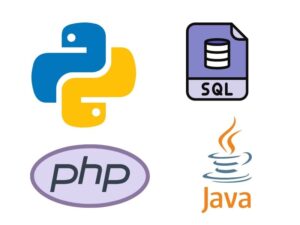 On the second list of skills to become a freelance back end developer is Java. Java is not the same as JavaScript. They are completely contradictory. Simply put, Java is a general-purpose programming language used to create applications, whereas JavaScript is used to provide animation and interactivity to websites. They are similar in that they can both run on a browser or a server, for example. However, their skills and execution are radically different.

Java is primarily used for back-end programming. Java is a high-performance language that allows object-oriented programming and can operate on any system that supports a Java Virtual Machine, making it a valuable expertise for back end engineers. In general, Java can handle more demanding programming jobs than JavaScript.

PHP, or Hypertext Preprocessor, is one of the most widely used server-side programming languages in the industry. PHP, unlike Python and Java, is a scripting language, meaning it interprets scripts.

PHP is free and open-source, has a low learning curve, and is cost-effective because most web hosting servers already support it. While knowing PHP may not be a necessary ability for back-end developers who are conversant with other main programming languages, knowing it will make an aspiring programmer more employable.

Back end developers can now use SQL, or Structured Query Language, to access and change relational databases as needed. SQL allows programmers to simply insert and delete records, run searches against a database, build new tables and store procedures, and even set permissions on those tables and processes.

Try an open-source platform like MySQL to familiarize yourself with the language. MySQL makes the SQL database source code available for free. It’s also rather simple to use, as it can run on both computers and servers. It also runs on a variety of systems, including Linux, Windows, and UNIX.

The choice between SQL and NoSQL is totally dependent on the demands of the developer. As a result, back-end engineers would benefit from having both talents in their toolkit.

Git is a wonderful alternative if you’re looking for a widely used modern version control system that fits your demands. It was designed by the same person who built the Linux operating system and is actively maintained and open-sourced.

Each developer who has a functioning copy of the code has easy access to the complete history of changes made, making it simple to amend and restore the code. Git is one of the most high-performing, adaptable, and secure tools available to back-end developers.

Without three highly crucial programming languages: HTML, CSS, and JavaScript, this list of back-end developer skills would be incomplete. While these languages are more commonly used on the front end, back-end developers can benefit from knowing them.

If you’re wondering why these front-end skills are so important for a back-end developer, consider the following. The truth is that there isn’t much of a difference between the two professions. Even when developers focus solely on front or back-end development, the abilities required for both web development disciplines will overlap to some extent.

Furthermore, businesses prefer to hire developers with a diverse set of talents; this versatility is one of the main reasons why cross-functional “full stack” engineers may be so appealing to employers.

While a back-end developer requires a wide range of technical talents, there are also some non-technical talents that are essential, and communication is at the top of the list. You’ll find it easier to collaborate if you establish strong communication skills, whether with other back-end engineers or with front-end developers working on the same projects. Being able to communicate clearly also helps when working with business leaders and other professionals who do not have the same background in development and programming.

A job in back-end development is a fantastic choice for those who enjoy programming and are interested in technology. Remember that there are many ways to learn the back-end developer abilities you’ll need to succeed. You can either work full-time for a corporation or work remotely as a freelancer with a contract.