Tips on Freelancing During the Covid-19 Pandemic 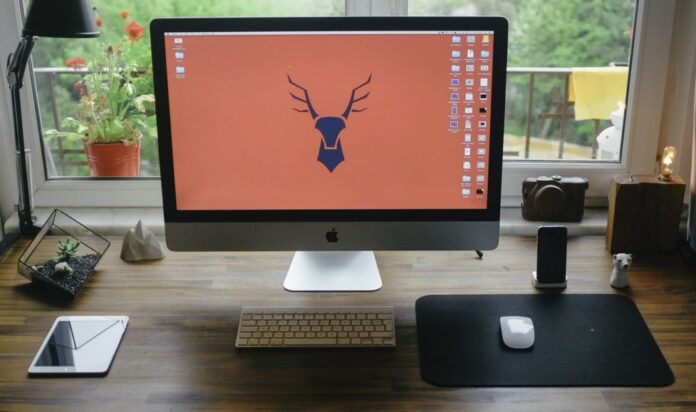 When Kyndall Bennett lost her job as a multimedia designer in July, she took it as the push she needed to start freelancing.

“I had been considering doing it for a while, but the layoff kind of lit the fire underneath my behind,” says the 29-year-old, who lives with her husband Stevenn in Valley, Ala. “It was, ‘Hey, look. You might not think you’re ready for this but you’re just going to have to jump in and figure it out as you go.’ ”

She studied video tutorials on LinkedIn Learning about the ins and outs of what’s now often called “on-demand work” and booked her first freelance assignment in September. Since then, she has been offering services such as website design and digital marketing on a contract basis. Though Ms. Bennett says the hustle required to freelance is challenging, she hopes to eventually make a career as an independent worker.

“Covid will accelerate companies’ use of gig workers and legitimize it more.”

Ms. Bennett is one of thousands of people—from millennials to senior executives—who have started working for themselves in the pandemic, whether as high-skilled gig workers in fields like computer engineering, solo entrepreneurs launching one-person firms, or freelance workers offering specific services like data analytics or digital marketing.

Notes on the News

The news of the week in context, with Tyler Blint-Welsh.

Some are part of an undeclared economy—often one-person, cash operations not captured in the data. However, one measure points to a sharp rise in those turning to self-employment. Some who start a business of their own apply for tax identification numbers, and Census Bureau data show that applications by businesses not expected to have employees rose 33% in the fourth quarter of 2020 from a year earlier. In July though September, they jumped 77% from the previous three months—the largest quarter-to-quarter jump in 16 years of record-keeping.

Toptal, a freelancing platform that connects businesses with software engineers, designers and consultants, reported 286,000 freelancers signed up to use its site between March and mid-January, compared with 189,000 for the full year of 2019. In contrast to driving or delivery gigs, these freelance jobs are typically in fields spanning technology, finance and operations.

“Covid will accelerate companies’ use of gig workers and legitimize it more,” says Joseph Fuller, a Harvard Business School professor of management practice who co-chairs a research project called Managing the Future of Work. “It’s forced companies to blow through some of their concerns about distance work for their overall workforce, and that facilitates the use of distance workers and third parties in ways that they may have not anticipated.”

As more people consider working from home for themselves, here are some tips for success.

Figure out what you do best

“Often when you want to go independent, you throw spaghetti across the wall and hope something sticks, or you say ‘I’ll go broad, I’ll cast a wide net.’ Well, you should absolutely do the opposite,” says career-management consultant Marianne Ruggiero, founder and president of Optima Careers. “The market rewards specialization.”

Think about how relevant your specialty is right now, as companies big and small adapt to social distancing and remote working.

And don’t forget to analyze not only what you’re good at—but also what parts of your profession you like doing the most, advises career coach Sarina Virk Torrendell.

Have you worked freelance during the pandemic, or are you considering it? What tips do you have? Join the conversation below.

Because working independently means no more steady paycheck, review your finances when embarking, Ms. Ruggiero says. Remember, it may be some time before you get gigs—and between gigs. Ask, “How long can you float yourself?” she says. Ms. Virk Torrendell recommends consulting with an accountant.

People who thrive in freelance work are those who realize how uncertain the income and overall stability will be, according to research co-conducted by Brianna Barker Caza, an associate professor of management at the University of North Carolina at Greensboro. Have a straight talk with loved ones whose lives are directly affected by your financial status about the ebbs and flows of self-employment, she advises.

Factor in the things that were automatically taken care of when you worked for a company, such as health insurance and vacation time.

Adam Rosenberg, who freelanced for months after being laid off from a public-relations job in June, recommends talking with others who have freelanced or done contract work, to learn the financial ropes. “Nobody gets it right the first time,” says the 40-year-old Boston resident, who now has a full-time job as communications director of esports technology company Vindex. “Your first contract is always going to pay you way less than it should.”

Sleuth on industry websites and ask fellow independent workers in your field about market rates so you can set your prices accordingly.

Learn to read job-contract fine print carefully or consult with someone who can review the contract objectively, advises Prof. Fuller of Harvard Business School.

“Try to get your foundation clients: people who know you from prior positions, maybe you sold them something and they were the customer, maybe you were the purchasing manager and they were the vendor,” says Ms. Ruggiero, the career consultant. “Start there with your networking to get assignments.”

You can also use those contacts for advice, says Prof. Fuller. “You don’t have to necessarily say, ‘Can you give me a gig?’ But you can say, ‘Do you use these platforms? Which is the best one?’ ” he says. The bottom line: “Work your network.”

Professional groups of similarly minded self-employed or gig workers on social media can also help you network and find jobs.

Check out the platforms

Many online platforms match independent workers with companies looking to assign work contracts, such as Braintrust, Catalant, Fiverr, Toptal and Upwork, in addition to broader career websites like LinkedIn.

They typically are free to join and charge commissions on contracts signed. As with any website in which you’re uploading profiles and looking for matches, read privacy policies thoroughly to make sure you’re comfortable with what the company does with your data.

Be as specific as possible in your profile in order to effectively find matches on the websites. “The words you use and how you describe yourself are raising or lowering the likelihood that algorithms will say, ‘Hey this guy looks like a good match, let me spit him out to get considered for this job,’ ” Prof. Fuller says.

Your goal should be getting a few projects under your belt and do them well, so that your reviews and ratings on sites stay high.

Newcomers should realize it’s a constant hustle and be prepared for how much work it is to get the next assignment. “They have taken on this role of marketing themselves in ways that they didn’t have to do for a larger organization,” says psychologist John Weaver, owner of Stress Management & Mental Health Clinics. They either have to learn this skill or employ someone to help them with it, he says.

Remember you’ll likely take on “non-core work” that a company would have handled in the past. “It’s surprising to some people how much organizations literally organize our lives in important ways and how much of a burden it can be to have complete discretion over your work,” Dr. Caza says. One memorable tip on how to deal with that, from a freelance worker she interviewed recently for a research project: Develop routines and practices around organizing yourself. Tee up alerts and reminders and write out or type notes, detailed schedules and to-do lists for big projects and office minutia.

While many people have been working from home or remotely since last March, doing so while working for yourself is different. Working for a company, “you’re isolated but you’re not completely cut off. You still have contact with colleagues,” says Dr. Weaver, the psychologist. Those working independently don’t have that. “Your contacts are going to be your customers. And for that reason a lot of people will join a business group, a local chamber of commerce or a CEO roundtable or group of colleagues that are in the same environment,” he says. “That’s really important to do.” You can find groups for individuals who are self-employed or independent workers in your field on social media.

Flexgigzz is the Asia leading marketplace for freelancer service and together with SOHO Learning Hub which is an online platform for short courses aims to be the number one provider in Asia. It is part of E-Sport Authority which is dedicated to providing independent media coverage to all E-Sport News related from around the world.

Working from home allows you to plan tasks easily, in addition to having a lot of flexibility. However, to sustain your work activities at...
Read more

How Is AI Affecting the Future of Web Design?

AI in web design will play a significant role in the uncertain and technologically advanced future. With the capabilities of this innovative technology, most...
Read more

When you create your gig on Flexgigzz you put services and delivery time that you can handle. It means you must manage your client’s expectation. It's not...
Read more

Video conferencing is not a new concept, but it was transformed from an optional to a necessary tool in a matter of days last...
Read more

According to a study conducted by global staffing company Robert Half, 34% of professionals working from home due to the pandemic would rather leave...
Read more

Launch Your Career as A Freelance Mobile App Developer

The good news is you can learn how to make a mobile app despite whatever your background is.  Even if you don’t have computer...
Read more

A lot of people are beginning to think about the future. However, I can assure you right now that there's nothing to worry about....
Read more