What is Freelance Foley Artist ?

Have you ever heard about Foley artist ? A Foley artist is someone who re-creates sounds in post-production for film, video, and other media to improve audio quality. They are used to substitute sounds that cannot be recorded on site.

In the film industry, the job begins when the director, supervising sound editor, music editor, and foley editor. Foley artists then spend a few days to a month developing, practicing, and recording sound effects on the foley studio.  They  simultaneously watching the appropriate film scene in real time to match the sound and video to the split second. 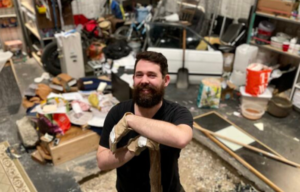 The majority of foley artists work for established foley companies or as freelancers. Besides for movie industry, foley artist also can have projects in video games and  animation studios. Foley is physically demanding work, as it demands imitating the movements of on-screen actors. So it always entails sitting and kneeling for the most of the work day.

Required Skills for a Foley Artist

There are several skills  needed to be a professional foley artist,  they are

How much a foley can make ? The Bureau of Labor Statistics in the United States does not collect employment or wage data for foley artists. However, according to the Motion Picture Editors Guild foley artists can earn  $2,000 per week, $340 per day, or $42 per hour. 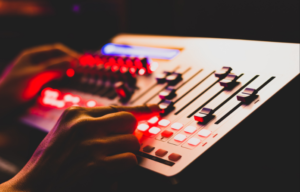 Foley artists are sharp observers and sensitive listeners, uniquely tuned into the worlds of sound and motion, and capable of thinking creatively and innovatively about audio replication.

Flexgigzz is the Asia leading marketplace for freelancers service and together with SOHO Learning Hub which is an online platform for short courses and both of them aims to be the number one provider in Asia. For growth industries such as E-Sport Authority which is dedicated to providing independent media coverage to all E-Sport News related from around the world and for the art world.