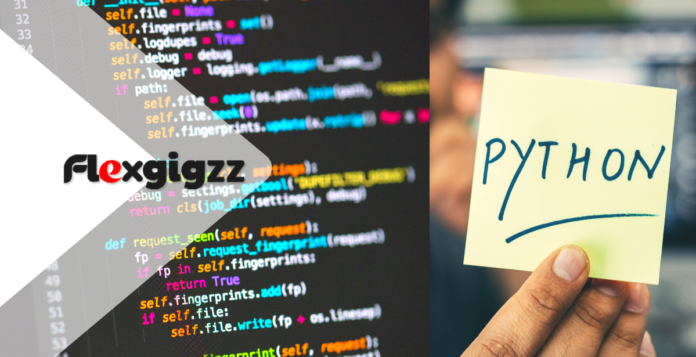 Among developers, Python is one of the most trendy and demanding programming languages. It is a language of object orientation. It is also well perception and high-level efficiency. If you interested to be freelancer in python, we are going to discuss 5 Freelancing Jobs For Python Programmers.

The programming language is primarily used for the creation of web and web applications. It is used both for Rapid Application Creation and as a scripting language that ties together existing components. Python’s syntax is easy to understand and interpret. Which is further reduces the cost of software maintenance.

Python is also enjoyed by programmers because it improves productivity and work efficiency. It is also really fast and uncomplicated to debug Python. Not only can the programs be constructed in a modular style, but it is also possible to reuse Python codes across a number of projects. This is due to the ability of Python to support the use of modules and bundles.

One of the biggest benefits of Python is that both its standard library and interpreter are available to coders free of cost. This basically means Python can be used to develop virtually anything.

One of the best parts of freelancing Python is also the biggest truth of python programming itself.  Python codes are simple, neat and clean. This basically means you don’t have to brainstorm for hours or days together in figuring out what the previous developer did. So, let’s check the list of  Freelancing Jobs For Python Programmers below.

If  you interested in Python  you can learn Python in high performance computing here.

There are some most common freelancing job for python programmer

Scrappy and  Beautiful soup are two Python Libraries  which are  commonly used to do this task. You can scrape various information from a web page by using Scrapy.

Some Famous Python GUI libraries are PyQT, Kivy, Pyside, PyGTK  and WxPython. First you can learn how to build web browser and csv reader apps.

Python can be used to make data regression, classification with k-nearest neighbours and support  vector machines. Clustering with flat clustering a hierarchical clustering and also deep learning with neural networks.

One area where Python shines is web development. Python offers many frameworks from which to choose from including bottle.py, Flask, CherryPy, Pyramid, Django and web2py. These frameworks have been used to power some of the world’s most popular sites such as Spotify, Mozilla, Reddit, the Washington Post and Yelp.

By  using Pygame  you can built  Bitracey, Snake game and Tank Turret. You can check  PyGame  projects  and find an idea of what  you want  to built  with your skill.  Python is an excellent choice for rapid prototyping of games. But it has limits with performance

There are several distinct ways to launch your freelance adventures with Python. You can use some freelancer platforms like Fiverr, Flexgizz and Upwork.  These platforms are a great way to start your freelance career as a Python coder.  You can also gain some market and coding knowledge, as well as get some feedback to kick off your freelance business.

More and More Independent Freelance Writing Job For The Gamers