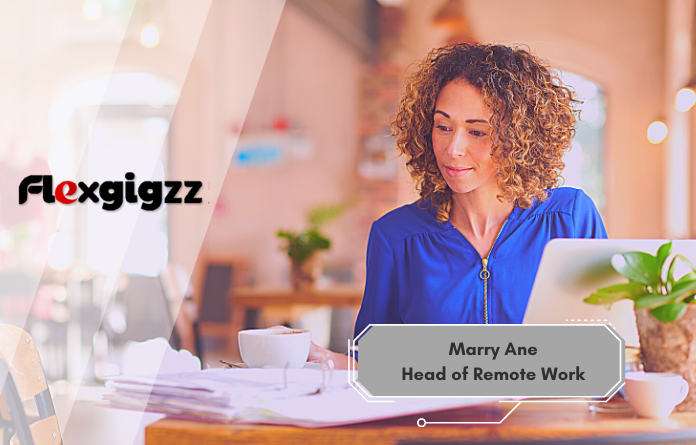 Remote working has become a new habit during the new normal. What was considered an emergency during a pandemic, has now developed into a function within the company. In fact, it is possible to create a new position as Head of Remote Work.

GitLab, Facebook, Twitter, and Quora are among the first and most well-known tech companies to create a new position dedicated to remote work, enlisting executives with expertise in banking, law, land acquisition, and consulting. It is also happening informally inside many companies without label Head of Remote Work.

Becky Lauseng, the human resources director at a Minneapolis-based farm management software company, Conservis, said “I report to a CEO who is asking me what other companies are doing, what benchmarking is out there.” She also sees many of her HR peers taking on expanded roles to manage remote work.

They are working with the real estate department to consider downsizing office space, and discussing tax implications of hiring work-from-anywhere employees in multiple states or countries. They’re spending more time with the IT department to ensure workers have tools they need to work from home. And they continue to serve as the bridge between employees and management.

Having an individual or team committed to remote work, according to proponents, will help companies migrate to a completely remote or hybrid workforce in a strategic, methodical manner without compromising culture.

A Harvard Business School professor Raj Choudhury said that “We need to apply some different practices to the remote world,” whose research focuses on the future of work. According to him, the position is particularly critical for companies where having a remote workforce is a significant departure from traditional working practices.

Matt Walter, vice president of human resources at Medtronic, works with his colleagues in hospitals, IT, and various medical groups almost every day. So far, Walter said, shared feedback and accountability across various divisions of the medical device business has worked, and it’s uncertain how the executive team can restructure now.

“What we haven’t gotten to yet … is once we enable this, and have our philosophy and strategy down, who is going to own it?” Walter said. “Or do we need to have a specific role or title for someone to be accountable for this? I don’t think we’ll do that. I think we’ll probably find a home within those organizations that will own the different programmatic elements.”

Many organisations, according to Darren Murph, who has been the head of remote at software company GitLab since 2019, are saying, “Let’s iterate on the job description as we go.”

“These firms realize that significant change is unavoidable,” he wrote in a LinkedIn essay. “They would rather embrace this now as a means to bolster their operational strategy, even if they are not entirely clear on the depth and breadth of change that awaits.”

Even if the pattern doesn’t come with new terminology, Lauseng, the HR director at Conservis, believes there’s something to it.

A position to regulate the running of remote work so that it runs smoothly is indeed necessary. Although in practice many have incorporated it into the HR department. For a smoother digital transition, a special position is needed to handle it, and holding a Head of Remote Work position is not impossible.

If you are an HR  or an entrepreneur who looking for remote talents  you can  search it on Flexgigzz.com , you can also  check many freelancer’s services  there to help your project.  You can also learn  about managing people in business and networking on Soho Learning Hub.

Remote working has become a new habit during the new normal. What was considered an emergency during a pandemic, has now developed into a...
Read more

The choice between React Native and Native Android/iOS app creation will be focused on the utility you want from your mobile app. In this...
Read more

Employers Want Freelance Developers to Have These 15 Technology Skills

A large number of software developers and engineers are self-employed or work as freelance developers. Some work for a single organization, and others do...
Read more

How to Stay Motivated as a Freelancer When You are Down

Freelancing is not always a sunny happy day.  In every job that we have chosen, there must be time we got bored, regretful, unmotivated,...
Read more

Either a website, a mobile app, or something else, the user interface is at the heart of product design. Although it should go without...
Read more

How to Start Career As a Freelance Cyber Security?

A freelancer in cyber security can earn $ 103,724 per year according to zip recruiter. With the digital transformation of many business and remote...
Read more

When you become a freelancer, you are an entrepreneur for yourself service. Same with if you already interested in doing your own business. You...
Read more

There is no safe online network, that’s what the group of hackers in movie “Who am I” said.  Indeed, working online, remote, from home...
Read more

When you're a startup, there are things that need your attention. You have to send your hundred percent (even more!) to operate successfully and...
Read more