The choice between React Native and Native Android/iOS app creation will be focused on the utility you want from your mobile app. In this article, I’ll go through everything you need to know to fully understand the consequences of each choice.

One of the quandaries people face when developing a mobile app is deciding whether to create a single app that works on both Android and iOS or two separate apps, one for each platform.

Facebook created React Native to enable the development of mobile apps for both Android and iOS at the same time, also known as cross-platform development. You can see how React Native for a company becomes an obvious option for entrepreneurs because you don’t have to reinvent the whole app for a new platform. The following are the key advantages of using React Native. 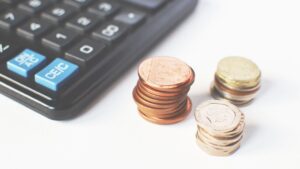 You automatically save time because you don’t have to redesign the UI and UX for two separate platforms from scratch and can reuse the code for another platform. Simply put, if you choose to React Native development over Native app development, you would only need half the developers that Native Android and iOS coding would need.

Furthermore, because of the potential to reuse code, building an app that can be used on both OSs at the same time reduces app development costs significantly (about 25-30 percent). So, if you’re trying to create an app but have a small budget, you can always employ a React Native developer.

Imagine being able to test the code in real-time rather than having to wait for the app to be installed and the code to be compiled before making adjustments. That is exactly what happens with React Native, as opposed to native Android or iOS development, where developers would have had to collaborate at every stage to ensure they are on the same page, only after which they would be able to step forward.

The ability to see the coding in real-time benefits you in a variety of ways, from being able to make appropriate improvements to maintaining greater transparency.

If your goal was to create an app that would offer the same experience on both the Android and iOS platforms, then using the React Native development solution would be the way to go.

Using different frameworks to create separate Native apps to provide the same experience takes time. Having said that, companies (especially those on a tight budget) often launch their apps on iOS first. One potential explanation for this is that the average iOS user spends more time on software than the average Android user.

For better or worse, the whole ecosystem revolves around two smartphone operating systems: Android and iOS. Native apps are the polar opposite of React Native. The apps in this section are developed independently on both Android and iOS, and UI and UX development must be performed separately on each platform.

When comparing native apps to cross-platform apps, the main difference is the running speed and overall performance. React Native apps, no matter how good they are, lack the performance optimization capabilities that a Native app platform provides.

Native apps come in handy when it comes to running heavy animations and creating games.

The possibilities for customizing your UI and UX are infinite.

A native Android or iOS app can have a much more sophisticated UI interface and designs built in Adobe XD, as well as animations, than React Native, making it much more user-friendly. This speeds up the user’s understanding of the app’s navigation.

When you look at an app like Uber, you can notice that it often needs integrations such as Google Maps for GPS, multiple Payment Gateway apps, in-phone apps such as Calling and SMS, and many more. If your software necessitates such integrations, Native app creation can be the way to go due to its ability to handle the heavy lifting.

But it’s not just that. Different phones use different operating systems, and you can’t expect a React Native developer to integrate Android apps and expect them to work the same way in iOS. As a result, if you plan to use multiple integrations with your app, it is only logical to have separate Native Android and iOS growth.

One of the most underrated aspects is that there are almost no hiccups when releasing your Native Android or iOS app. This is largely due to the fact that native software developers would stick to the requirements of the respective operating systems before beginning work on them.

A React Native developer would almost certainly have to locate and modify codes and features that are compatible with a particular operating system.

When You Understand Why, Making Decisions Is Easier

Choices can be overwhelming, particularly when it comes to important business decisions. Choosing which direction to take when designing your app is certainly a challenging decision with multiple variables to consider.

However, making decisions is simpler when you are well-informed, and hopefully, this post has provided you with the requisite details to make your job less challenging.

Each method, React Native or Native Android/iOS, has its own collection of benefits and drawbacks. As I demonstrated, the former provides greater versatility and is more time and cost-effective, while the latter is a better option when performance and integration possibilities are essential.

If you are still unsure, do not hesitate to consult industry experts. And if you’re ready to get started with mobile app growth, you can recruit React Native developers and get started right away!