Unleash Your creativity as Freelancer

Creativity seems to be a magical, mysterious operation, the secrets of which the ordinary fail to comprehend. Many people aspire to be authors, but only a few really choose to publish. freelancers often encounter a creativity block that can be a bit depressing. So how to unleash your creativity as freelancer ?

Let’s be clear about everything here. The majority of artists are unaware of their own artistic process. You must be a little bit insane and a little bit mystic in order to unleash your creativity as Freelancer. If you’ve been visited by the imp of imagination more than once, here’s how to get it to come back and make itself at home by putting out milk and cookies.

With those two kinds of creativity, you must split that and manage time. Why? Because your logical mind gets in the way of the silly playtime that you need to be creative. You can’t come up with the cartoon character idea at 10 AM, but you will get that at 2 AM. 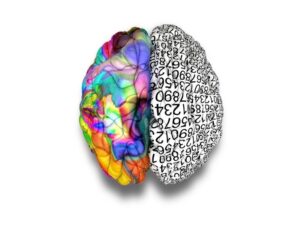 Not All Brilliant Idea Get Famous

The experience has shown that in order to make a concept famous, it must be dumbed down. This is why every rock band’s most popular song is also the easiest to sing a long and hum. While chic lit romance book fly off the shelves while more intellectual fare is returned to the publisher. You can dream everything you want, but if you want to make a living at it, you’ll have to live in the real world.

You can’t predict when inspiration will hit, but you can save an idea for later. Squirrels do this all the time, storing nuts when there are plenty and digging them up when there aren’t enough. Keep files and notepads on hand at all times to jot down any ideas that occur to you. Later on, you’ll find a use for it.

Squirrels also like to run around a lot. Have you ever sat at your desk, trying to come up with an idea but coming up empty-handed? Have you ever heard anyone say how easily ideas come to them in the shower? The explanation for this has nothing to do with showering.

The explanation for this is that when you shower, you have some alone time to think without being distracted, and you’re still getting up and moving about. The mind is activated by an active body. Do you need inspiration? Go for a long stroll. It’s often as plain as that to stimulate your creativity as freelancer.

Do you know what most famous quote by Thomas Alva Edison ?

“I have not failed. I’ve just found 10,000 ways that won’t work.” “Many of life’s failures are people who did not realize how close they were to success when they gave up.”

You can choose almost any artist whose work you admire and be certain that what you’re seeing is just about 10% of their total production. That’s right, the geniuses are 90% of the time incorrect. This is how you come up with brilliant ideas: Instead, make it your task to come up with ten brilliant ideas and then discard the nine that don’t fit. 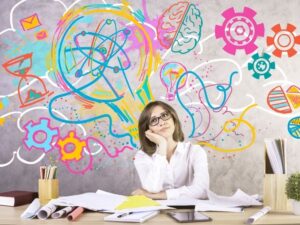 There is an erroneous impression out there that creative work is a kind of process that requires privilege and comfort. In fact, creative work and process to unleash your creativity as Freelancer has a lot more in common with digging trenches.

When it comes down to it, there is an unhealthy obsession with ideas. The execution is what makes the difference. So don’t just think up ideas; put them into action. Don’t waste time procrastinating or daydreaming about the launch. If you don’t put your ideas into action, they’re useless.