Three women are running similar but different businesses, ranging from technology to virtual assistant, but their missions are very similar.

As Women’s History Month comes to an end, Flexgiggz is pleased to highlight three female entrepreneurs who own and operate businesses in very different industries. These women are strong, inspired, and incredibly supportive of one another, believing that success comes through teamwork rather than competition.

There is already a distinct ‘feminization’ flavor in every industry, which will propel the new age of entrepreneurship. We must note that a nation in which every woman is motivated, respected, and appreciated grows up to change the course of history. As a result, diversity, along with affirmative action, must be infused into an organization’s ethos to champion the cause of being “intentionally diverse and compulsorily inclusive.”

Women, especially in every male-dominated field, must seek out and support one another in the hopes of finding personal fulfillment, probably friendship, and, most importantly, a future of wage equality. 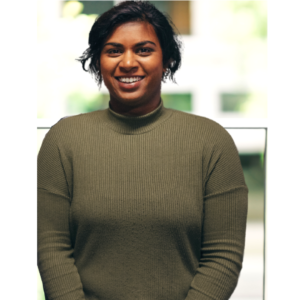 Coding warrior from India Gitanjali Ina Jadhav, is an avid coder, tech mentor, and the go-to person for any computer-related questions when she was in her adolescence. After 10 years of wrestling in the tech industry, she is now a pioneer in one of the biggest coding movements in India, focusing on female entrepreneurs breaking into the tech startup world.

Inspired to pursue her passion for coding by her love of video games, she eventually landed her first out-of-college job as a Software Engineer in 2011. She then decided to move from the corporate world to the freelance business was fueled by many years of experience and many foreign adventures.

“With time, I learned to accept my distinct point of view, voice, and concept of ‘entrepreneur.’ “It means someone who is inspired to effect meaningful change and empowers others, that’s when I found Flexgigzz – a platform that gives me the freedom to be my own boss,” says Gitanjali. “If they don’t offer you a seat at the table, carry a folding chair!”. 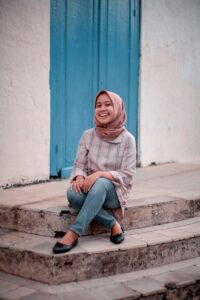 Pythonista from Indonesia Tita Widawati, is a true digital native – with an Electrical Engineering background now has been 10 years straight falling in love with Phyton world. She is now running her own gig on Flexgigzz providing Phyton scrapping and Phyton code writing.

“At first, it was certainly discouraging. Getting an advocate was immensely helpful, but the best part is that through my own development and learning, I am now able to walk into any circumstance with the faith that I belong there, regardless of my age or gender,” she says “I can never thank the digital Lord more for creating such platforms like Flexgigzz that made it so simple for anyone – especially women to create their own work and to be taken seriously in this world.”

Tita is also teaching coding to High School students who are interested to get into the tech world in Singapore. In her spare time, she also loves drawing, and she currently sells her work at local art fairs through pop-up shops.

“Basically, when I’m not working, painting, or volunteering, I’m spending time with my husband. That means most likely beating him at chess ” Tita claims.

Social Media Manager from Ukraine Polina Kacuk, is the real deal in creating content and engaging more audience for your social media with no doubts.

Polina is passionate about her job and her freelance business, but she also values personal enrichment, learning new skills, and mastering the unexpected.

“I’ve always pushed myself to do new things and test new horizons, such as being the youngest digital marketer at the time of certification, teaching myself graphic design, and becoming a log rolling champion,” Polina says.

She founded her own company at the age of 18 with a male co-founder. She claims they were equal partners, but he was still given more credit by clients and coworkers. However, as a woman’s ally, he kept on standing up for her and ensuring she was recognized for her efforts.

“When I first entered the tech startup room, I was repeatedly told that if I wanted to be taken seriously, I needed a male co-founder. When I found Flexgigzz I couldn’t be more excited to see there are so many awesome women in tech being promoted lately, which is why I try to share my story whenever possible,” she said.

Almost every woman has many roles in her life, whether they be technical or personal in nature. However, the women on this list have outperformed expectations in more than one way, allowing their achievements to shine even brighter. They not only make you stop and respect them, but they also teach a generation of young people that anything is possible if you imagine it and then act on it.