Within 10 years, freelancers will account for more than 50 percent of the U.S. working population. What are the implications for consumer cultures and corporate ones?

Shifting demographics, digitalization and the demand for greater job satisfaction could turn the global employment environment into a freelance-driven model in the coming years, bringing benefits and challenges to businesses, the workforce and the freelancers themselves.

According to the Association of Independent Professionals and the Self-Employed (IPSE), the number of freelancers in the European Union (EU-28) doubled between 2000 and 2014 making them the fastest growing group in the EU labor market.

A similar trend is ongoing in the U.S. “In the U.S., the freelance workforce has grown three times faster than the total workforce,” says Jessica Alsford, head of Global Sustainability Research at the firm. “Freelancers currently constitute 35 percent of the overall U.S. workforce and by 2027 will account for more than half of the nation’s labor force.” Alsford and her colleagues say in a new Morgan Stanley Research study that the U.S. has seen the largest increase in the gig economy

One of the main factors driving the rise in the gig economy is changing demographics and attitudes towards work , particularly among older workers. “Globally , the number of workers between 55 and 64 years of age increased to 13 per cent in 2015 from 10 per cent in previous years. The UN projects this number to grow to 15 per cent in the next 10 years, “says research associate Faty Dembele. 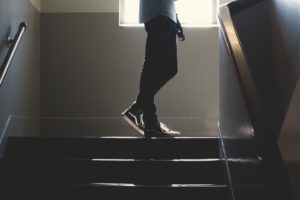 “A  study by PricewaterhouseCoopers in 2016  shows that the desire for independent work increases with age due to a preference for flexible work situations and a good work / life balance,” Dembele says. Freelancing also provides the ability to continue working past retirement age, offering social and economic benefits and bringing flexibility to the schedule of employment.

Another factor contributing to freelance development is digitalization, enabled by the introduction of the Freelance Management System (FMS), a cloud-based end-to-end system that enables companies to control their relationship with freelancers themselves. According to a 2017 study by the University of Oxford, between 2016 and 2017, projects sourced through an FMS by Fortune 500 companies grew by 26 per cent. 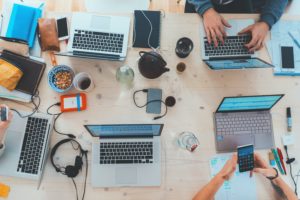 The emergence of the modern digital era means that freelancing will give businesses a more versatile approach to talent management. Virtual freelancing sites, digital skills are the most sought after. Digital skills are 20 per cent of the fastest growing skills, according to Upwork, a prominent FMS.

A study conducted by Cardiff University reveals freelancers enjoy a higher degree of work satisfaction. However, the UK’s Chartered Personnel and Development Institute has shown that freelancers think highly of their personal profitability. Freelancing is also seen as a stepping stone to full-time employment job stability, which is a big concern for freelancers.

Dembele states that these freelancers ‘issues may contribute to a call for government policy responses to protect freelancers’ rights. The EU Entrepreneurship 2020 plan is aimed, for example, at creating a more supportive environment for all entrepreneurs, including freelancers.

The rise of freelance work for corporations brings both opportunities and challenges. A growing number of Fortune 500 companies are now employing freelancers, according to Dembele. “This helps them to be more flexible, using those with different and advanced sets of skills while reducing labor costs.” 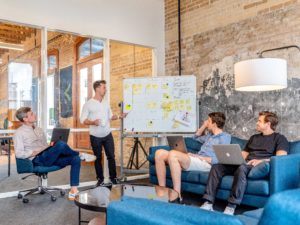 The biggest shift in corporate culture will be felt for corporates, freelancers and fulltime employees. “As the gig economy expands, how to keep freelancers involved and maintain their culture internally will be a challenge for businesses to step forward as workers take note of the versatility freelancers enjoy,” Dembele says.

Remote Working is Changing the Future of Working Environment